Remains of the ancient citadels in Vietnam

The laterite walls or the ruined gates covered by moss are the traces of original structures in ancient times.

Located in Son Tay town, more than 40 km from Hanoi’s center, the ancient Son Tay citadel is an ancient and unique military architecture in Vietnam, which was built in 1822 under the reign of King Minh Mang.
In the citadel, construction works are built in the South – North symmetric axis. In the middle is Vong Cung Nu, the place where the King rested and where mandarins in the town performed rituals annually.
The first impression that visitors easily feel about Son Tay ancient citadel is the image of ancient trees of hundreds of years old. The rough roots get stretched, embrace the moss walls and the ruined ancient gates, creating an ancient beauty.
The citadel has four main gates: the main gate in the south called Tien, the gate in the North named Hau and the Ta (Right) and Hau (Left) gates. After nearly 200 years of history with many ups and downs, Son Tay ancient citadel now has only ancient walls, the Tien and Hau gates, two cannons and some ruins of Vong Cung Nu and Kinh Thien palace and some wells. 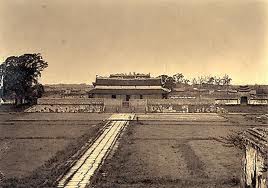 The relic of the center of Thang Long Imperial Citadel in Hanoi has a total area of 18.395 hectares, including the archaeological relics at 18 Hoang Dieu Street and the remnants of the citadel such as the Hanoi flag pole, Doan Mon Gate, Kinh Thien palace, D67 House, Hau Lau, Bac Mon Gate, the wall and eight gates of royal step-over places of the Nguyen Dynasty.
According to history, in 1009, Ly Cong Uan came to the throne, founding the Ly dynasty. In July 1010, the king moved the capital from Hoa Lu in Ninh Binh province to Dai La Citadel (Hanoi today). Shortly after moving the capital, Ly Cong Uan built the Thang Long Citadel and the work was completed in early 1011.

The Thang Long Citadel was built with three layers: the outermost round is called La Thanh or Kinh Thanh (citadel), surrounding the entire capital and along the bank of the Red River, To Lich River and Kim Nguu River. The Citadel is the home to the people. The second round is called Hoang Thanh (royal citadel), with the main court, where mandarins lived and worked. The third and the smallest round in the center is the Forbidden City, where only the king, the queen and some imperial concubines lived. 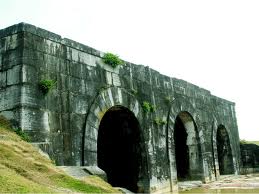 The Ho Dynasty Citadel (also known as the Tay Do, the An Ton, the Tay Kinh or the Tay Giai citadel) was the capital of Dai Ngu (the country name of Vietnam in the Ho Dynasty). It was built by Ho Quy Ly in 1397, in only three months, in Vinh Tien and Vinh Long communes of Vinh Loc district, Thanh Hoa province today.
According to historical documents, in 1397, the country was at risk of being invaded by Ming enemy from the north, Ho Quy Ly chose An Ton land to build the capital in preparation for the long-term resistance, as well as to make people forget the Tran Dynasty. The selected land is located in the area between the Ma River and the Buoi River, with the Tho Tuong Mountain in the north, the Nguu Noga Mount in the west, the Hac Khuyen Mountain in the north and the convergence of the Ma River and Buoi River in the south.

The Ho Dynasty Citadel consists of three parts: La thanh, Hao thanh and Hoang thanh like the Thang Long Royal Citadel. La thanh was the outer round, about 4 km in circumference. Hao thanh was dug around the Hoang thanh, about 50m from the La thanh. This work was used to protect the Hoang thanh.
The unique feature of this citadel is the vault architecture.

Planning a trip today can be confusing and time consuming. MinMax Travel not only arranges the various modes of transportation, but also may be able to save you money with early booking discounts, special fares, hotel deals and travel advisories. Don't take our word for it. See what the previous customer has to say about MinMax Travel.
Read about Our Service
Why book
with us ?

What people say about Minmax travel ?

Show all
Hi Julia Just a quick note to thank you so much for organizing such a fantastic trip. Happy to go into detail if that would help you but we had a great time and the logistics were impeccable. Best, Mark and Annie