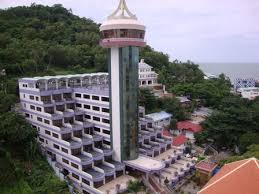 By the end of 2011, Ba Ria – Vung Tau Province had 152 investment projects in tourism, covering a total area of nearly 4,000 hectares with a total registered capital of more than VND 35.3 trillion, reported the provincial department of culture, sport and tourism.

Of these, 19 projects had agreed investment areas. Moreover, 39 projects were built on forestry land with the usage of nearly 3,204 hectares of forest area and had a total registered capital of more than VND 10.64 trillion.

However, total implemented capital for new projects only reached more than VND 6.3 trillion (around USD 252.6 million). This was a result of the late transferring of registered capital into implemented capital. This was due to impacts from the world’s economic crisis, long-term investment phases in large-scale projects and inadequacies in compensation policies for premise clearance and resettlement assistance under the state’s regulation.

Aiming to speed up tourism development, the province completed some infrastructure projects such as a coastal road route from Vung Tau, Long Hai, Phuoc Hai, Binh Chau to Ham Tan of Binh Thuan Province, a road to the Small Mountain (Nui Nho) Tourism Area and transport roads with a system of electricity, water and telecom to tourism areas.

The provincial people’s committee also asked the culture, sport and tourism department to coordinate with Vietnam travel agencies to update the progress of investment procedure, reveal and propose solutions for difficulties in the procedure and assist investors in following the progress./.

Planning a trip today can be confusing and time consuming. MinMax Travel not only arranges the various modes of transportation, but also may be able to save you money with early booking discounts, special fares, hotel deals and travel advisories. Don't take our word for it. See what the previous customer has to say about MinMax Travel.
Read about Our Service
Why book
with us ?

What people say about Minmax travel ?

Show all
Hi We have just arrived in Hue, our hotel is just beautiful, we are all relaxing today, sitting by the pool, and having massages, our guide phong has made good suggestions. Sapa was amazing. Our compliments to the...